There’s no question, I’ll be bringing my own character arc to The Peel. Would a writer have it any other way? In the past few months, I’ve ripped away and temporarily restored all my creature comforts. Been forced to take an uncomfortable look at mortality itself. And now I’m getting ready to paddle through the Yukon and Northwest Territories to the Arctic Circle. Sounds like exactly the right follow-up, really. “The Peel” is right, I’ve been micro-dermabraised, and the skin is coming off in strips. Let’s see what’s underneath. You can bet I’ll be filling journals.

Remembering the first Paul Theroux book I ever read -The Happy Isles of Oceania- where he opens the narrative at his divorce, and then carries his surly attitude from island to island, across some of the most beautiful and exotic locations in the world. (Irony alert!!)

He’s a dick in Australia, making a seemingly effortless leap from a couple of bad experiences with locals to the pronouncement that all Aussies are brawling Neanderthals.
He’s a dick in New Zealand, grumpily parroting the racist assertion that locals (and especially aboriginals) are bland and lazy, despite having skewered the Aussies for that same attitude fifty pages earlier.

Oh, and he hates kids. Every child in Oceania is covered in snot.

Occasionally, he reminds the reader that, yes, his wife has left him. Not surprisingly, I find myself thinking she’s really dodged a bullet. A bullet I wish would find its way into his inflatable kayak as he paddles through the Cook archipelago, camping on forbidden, sacred islands, because: dick. Bitching about how the local restaurants offer fish specials they can’t deliver, because everyone’s too “lazy” to go fishing. Sometimes the restaurants don’t open at all. Sounds annoying, but doesn’t this guy get paid to travel? Surely he’s developed some tolerance.

And he doesn’t just hate the locals. He talks about the Americans bombing Bikini Atoll to shit, dumping rations of Spam and Twinkies from planes to keep the natives from getting restless. He talks about the French and their brutal regime in the South Pacific. Oh, and he hates the Dutch, too. This part of the book was really informative, I admit. It was still bitchy.

He bitches in Fiji. He bitches in French Polynesia (go and have a look at some photos of French Polynesia and tell me you don’t want to punch Paul Theroux in the face.) Then he settles in Hawaii -Maui I think- in some lovely condo he either owns or has unlimited access to, because he is an ultra-privileged writer extraordinaire. And then he kind of chills out a bit and reflects on his marriage. Epiphany time or whatever, 700 pages in. Good for you, buddy, you go reflect. I’m going to mix myself a Mai Tai, sit on my back porch and watch the shopping cart guys roll up and down the alley.

So yeah, the peeled-down protagonist of the legend in our own mind can be a jerk. Easier for Paul Theroux to pull off than for some of us hacks. I’m peeling now, and I’ll be peeling as days pass on the river and my shoulders ache and I’m wet and there’s no Facebook and no way at all to regularly remind people in real-time that, yes, I still exist. I’ll have no choice to spend time with whoever I’m peeling down to.

Hope she’s not a dick. 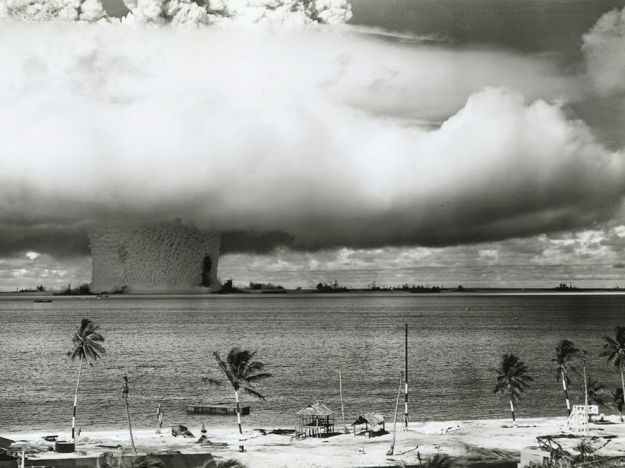 There's a Finn in my Canadiana
emilyschultz