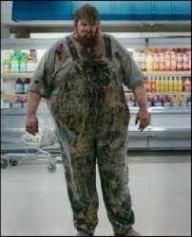 I’d expected plenty of culture shock on my first trip to Asia, and I got it. In the four months I was there, my foreigner discomfort probably lasted three-and-a-half. A lot of my unease centered around spending money. I had no problem handing it out, but I wanted to do so on MY terms. When sales people followed me around relentlessly in stores, delivering what many would consider to be attentive customer service, I assumed they thought I was going to steal something. When servers loomed over us as we ate, I’d glare until they left us alone. I bemoaned the lack of shiny, efficient grocery chains, where everything we needed and more was all available in one place, and none of it was rotting. In short, I was a bit of a jerk, lashing out at a different culture because it didn’t  function in the custom of my glorious home country, sweet Canadialand, where every buyer experience is a gilded one. Because of this, I was not expecting any reverse-culture shock when I got home. I was just expecting to be comfortable again. I was so happy to be back.

Then I went grocery shopping.

To be fair, I was grumpy. It had been a day of disappointments and waiting in long lineups for minimal gain. But I was not prepared for the genuinely surreal experience that awaited me at Safeway, my first trip to a large grocery chain since my return.

After selecting five or six items, pretty much only the things we needed for our next meal, we went to the check out. Four months of travel and the general Thai approach to consumption we’d been exposed to (buy what you need right now, and don’t waste it) had its effect on us, and I consider it a positive one.

We both prefer self-checkout, but for some reason the self-checkout line went around the corner and half way down the frozen food aisle. The feeling of aggression emanating from the lineup was even more intimidating than the manic self-checkout persona that lets you know-in no uncertain terms- that if you don’t place your items in the bagging area after scanning them, there’s going to be hell to pay. Oh yes.

Next stop, the express lines, which were also long, and inexplicably made up of people with shopping carts full of food. Again, these folks had a dangerous air about them that suggested anyone who might question them on their right to be in the express line might regret it. The fact that only four out of sixteen checkout lines was staffed may have had something to do with their feeling of entitlement. I would have been more angry if I hadn’t been utterly stunned but the sheer volume of food that was being purchased: five different varieties of VH marinade like maybe they were going to cook five different roasts that night. 60 rolls of toilet paper. 60! Expecting guests, maybe. Very regular guests. Flour, sugar, baking powder, eggs, milk, butter and… pancake mix. Newsflash. Combine all those other ingredients and guess what? Pancakes.

If this had been a Costco, or an Extra Foods or Superstore or any one of those chains where the deals are usually pretty good and can leave even the most discerning shopper travelling homeward with thirty bags of 2 for 1 chocolate-dipped szechuan potato chips and a 3 litre tub of sour cream that will expire in 6 hours, I wouldn’t have been surprised. But this was Safeway, notorious for its high prices. The kind of place you go only out of necessity. Or so I thought.

We finally settled on a line, behind a man with a full cart but only one person ahead of him. I began my calming self-talk, reminding myself that anger only leeches precious energy, and we really weren’t in that much of a hurry anyway. But then things got weirder.

At the till, progress was stalled. An exhausted-looking (but congenial) woman was calling for a price check, just as a young guy (not a Safeway employee) brushed past us with two boxes of salt. He showed them to the woman, and then she, the young guy and his mother all compared the boxes of salt to the one sitting at the till, as if a detailed study of its packaging might yield its price. The woman called for a price check again, her amplified drawl echoing out into an abyss of boil-in-a-bag meals and aspartame-sweetened fruit juice. No one answered.

Another woman appeared-I’m not sure what her connection was to the trio. She was looking up something on her cell phone and delivering the information to the woman on the till, who punched it in. Success! Success? Not so fast. The salt mystery had been solved, but then each successive item appeared to require the go ahead from the Holder Of The iPhone, who incidentally, was not a Safeway employee. This techno-wizard could have been browsing Hentai while just making prices up at random, since no one was questioning her or even asking to look at the phone. So is the power of the SmartPhone. All hail.

Five minutes. Ten. Fifteen. We changed lines once, twice, to no avail. It really did feel like time had actually slowed down, like we had entered a dimension where understaffed stores of over-worked employees attempted to serve a colossal glut of aggressive zombies buying an unreal amount of stuff.

Come to think of it… this did feel a little bit familiar.

When we finally, finally did get to a checkout (in the end, self-checkout was the fastest way to go) I was livid. I had indeed exhausted all my precious stores of energy, and just wanted my goddamn eggs and soda water, thank you very much. I was glad that the only representative of the Safeway chain that I had to face was that manic and vaguely threatening computer voice, because I wanted to tell someone to go to hell. And I did. Nevertheless, the voice told me to have a nice day. I smirked at the guy who had been in front of the first line-still waiting- as we passed.

I keep telling people that the trip was more of a crash course than a fabulous getaway, and I’m okay with that. Among the things I can now say I’ve learned is to expect grass-is-always-greener-itis when visiting a foreign land. I’ll be ready for it next time.