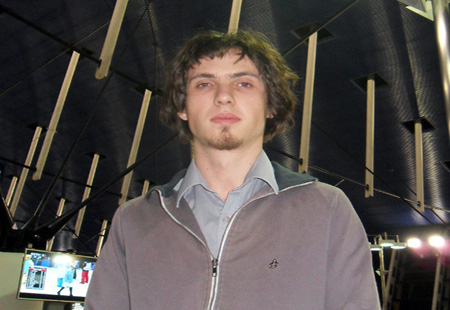 But tell us how you REALLY feel about Shanghai, Zander.

Stepping on a plane and getting off two days later.
Last night’s winner was def the Shanghai stopover, like flying into a garage filled with exhaust. The plane seemed to just stop randomly on the tarmac, as if it had also reached its limit of screaming babies, and passengers who seriously need to learn about Gravol. We were loaded on a bus, then driven aimlessly around the airport for 20 min. Aysia, I wished you were there so we could have sung transit show tunes, the situation demanded them. Maybe some Queen.
Teens with expensive haircuts in pseudo-paramilitary dress at Shanghai airport security, whose answer to everything is “no problem.”
“Take my shoes off too?”
“No problem.”
“Computer out of the bag?”
“No problem.”
“Just put the Nuke in the plastic bin then?…”
Deserted, dungeon like hallways, and an escalator that spookily ground to a halt as soon as I arrived at its base, then grumpily resumed its ascent seconds later. Signs everywhere that read STOP WASTING ENERGY. Sterilized water machines that play little tunes as they dispense your 25ml portion into a paper cup.
China, what’s up wit u?

There's a Finn in my Canadiana
A LIVE NUDE LITERARY SHOW